Published by the United Nations Development Programme (UNDP), in partnership with the Department of Sociology at the University of Oxford, the ‘Peoples' Climate Vote’ is the largest survey of public opinion on climate change ever conducted. The survey finds sixty-four percent of people believe climate change is a global emergency.

The ‘Peoples' Climate Vote’ reflects over half the world’s population after results were processed by the University of Oxford and covers 50 countries. It includes over half a million people under the age of 18, and in some survey countries it is the first time that large-scale polling of public opinion has ever been conducted on the topic of climate change. In the survey, respondents were asked if climate change was a global emergency and whether they supported eighteen key climate policies in six areas: economy, energy, transport, food & farms, nature and protecting people. Results show that people often want broad climate policies beyond the current measures.

The innovative survey was distributed across mobile gaming networks in order to include hard-to-reach audiences in traditional polling, such as people under the age of 18. Survey analysts at the University of Oxford weighted the huge sample to make it representative of the age, gender, and education population profiles of the countries in the survey.

Professor Stephen Fisher, Department of Sociology, said: “The survey - the biggest ever survey of public opinion on climate change - has shown us that mobile gaming networks can not only reach a lot of people, they can engage different kinds of people in a diverse group of countries. The Peoples’ Climate Vote has delivered a treasure trove of data on public opinion that we’ve never seen before. Recognition of the climate emergency is much more widespread than previously thought. We’ve also found that most people clearly want a strong and wide-ranging policy response.”

The research team from the University of Oxford was led by Stephen Fisher, included Dan Snow, Martha Kirby and Zack Grant, and received advice from Professor Jane Gingrich. 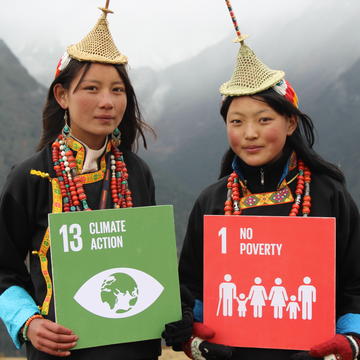