Why gender inequality is a concern beyond the workplace

We hear a lot in the media about pay disparities between men and women, including protests from the likes of Hollywood actor Michelle Williams and BBC presenter Samira Ahmed. But one Oxford researcher and her team are taking the discussion out of the workplace and into the home.

“We must take a holistic approach if we want to understand gender equality,” says Man-Yee Kan, Associate Professor of Sociology and a Fellow of Linacre College. That’s what her team’s GenTime project does, by focusing on the gender imbalance in time spent on all daily activities: domestic labour, paid labour, leisure and sleep.

“GenTime is a study of gender inequality in time use across East Asian and Western societies,” she explains. “We investigate the changing provision of unpaid work in different welfare regimes, and how women and men spend their time on daily activities: how much time, with whom, when and whether they enjoy their time or not.

“We look at trends over time. Nowadays, women are making up more of the labour market, and people assume that men’s domestic work time will follow.” Her research reveals the truth to be more complex than that, and the GenTime project is already shedding new light on social inequality and the gender division of labour. “Domestic work time touches on everything, so it’s a really good way of understanding trends in gender inequality,” Professor Kan stresses.

That includes things like the leisure time left over once domestic chores are done. “Women have less  leisure time than men. The main thing is housework,” she explains. “Women still do more than men, and the gap is closing more slowly than the rate at which women’s involvement in the workforce is increasing. So, women work more than men, taking both paid work and unpaid domestic work into account”. It’s what Arlie Russell Hochschild calls the ‘second shift’, with women expected to take on an outsized burden of domestic labour after their return home from formal employment.

Professor Kan’s research demonstrates the knock-on effects this has. She points to the example of time spent sleeping. Biologically, women need more sleep than men – yet in fact, they actually report less time spent on sleep. Similarly, impacts can be seen on individuals’ marital satisfaction, general happiness and even fertility.

The GenTime team focus their research on four countries: China, Japan, South Korea, and Taiwan. They also recently expanded their focus to include Hong Kong. “People assume,” says Professor Kan, “that studies performed in the West will hold true in East Asia too. But that’s not the case. For example, the gender convergence in paid work is much slower in East Asian countries, and accordingly gender inequality in domestic work remains large. In Western countries the gender gap in domestic work closes substantially once people reach retirement age, but it is not true for East Asian countries.”

Their work is demonstrating real differences between cultures, but why focus on those countries in particular? “We’re interested in gender imbalance all over the world,” she says, “but we focus our attention on these countries.

“I grew up in Hong Kong and have a natural interest in East Asian societies. East Asia is also where our advantage is. It has taken us a few years to build up those networks and obtain the data resources our studies required. It‘s often very easy to get hold of data from countries in the West – you just fill in a form. Whereas in East Asia, there are more obstacles. The documents are often in local languages, for one thing.”

Professor Kan has been here in the Department since studying for her second Masters, having already obtained one from the University of Hong Kong. Her work here has long focused on gender equality, dating back to her doctoral thesis, ‘Influences of Partners’ Characteristics on Each Other’s Housework Participation and Political Choice’.
That’s informed by a lifelong commitment to activism. “Ever since I entered university, I have been campaigning for gender equality,” she says. “I was always a feminist. When I was younger, I found a feminist group back in Hong Kong, and I was always out demonstrating.” As she says this, Professor Kan gestures to a stack of homemade protest signs stacked against the wall of her office.

This attitude carries over to her leadership of the GenTime project: “GenTime is a project about gender equality, and I am keen to act as a good role model and to promote the female researchers in my team. All researchers in my team are encouraged to develop career skills and their own independent projects under my mentorship. For example, Kamila Kolpashnikova has developed a project on ageing and time use; Katya Hertog has a project about the future of unpaid work; and Muzhi Zhou works on a project about gender inequality in Hong Kong and China.”

“The researchers all have received research grants as PIs themselves while working for GenTime, including two John Fell fund grants, the DomesticAI ESRC grant, and a Marie Curie Fellowship.”

So how does Professor Kan foresee this gender imbalance changing as time goes by? She believes that we are currently in the midst of a period of realignment: “Societies experienced a shock when women increased their labour market participation, but we will eventually reach equilibriums – although not all societies will settle in full equality. I see that structural barriers, cultural beliefs and social norms are still preventing full gender equality from happening, especially in East Asian societies.” 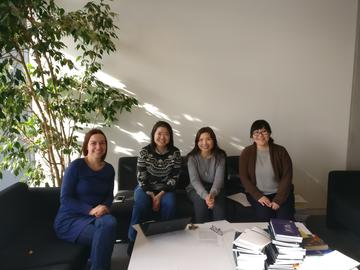 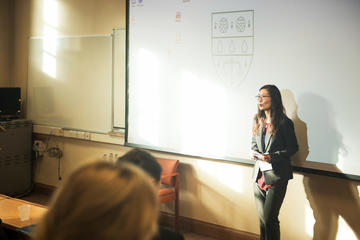