Transitional Justice and Corporate Accountability from Below

A Spanish language edition of Professor Leigh Payne’s open access book, Transitional Justice and Corporate Accountability from Below: Deploying Archimedes’ Lever (2020, Cambridge University Press), is now available for free download from Dejusticia, a Colombia-based research and advocacy organization dedicated to the strengthening of the rule of law and the promotion of social justice and human rights in Colombia and the Global South.

The book, written by Leigh Payne, Professor of Sociology at the University of Oxford, in collaboration with Gabriel Pereira of the National University of Tucumán, Argentina and Laura Bernal-Bermúdez of Pontificia Universidad Javeriana, Colombia, examines over 300 economic actors who faced prosecution for crimes against humanity during the Holocaust, among them Bruno Tesch, who was tried and executed for his company's Zyklon B gas used in Nazi Germany's extermination camps.

The authors track and analyse similar transitional justice mechanisms for holding economic actors accountable for human rights violations in dictatorships and armed conflict: international, foreign, and domestic trials and truth commissions from the 1970s to the present in every region of the world. Their study probes what these accountability efforts are, why they take place, and when, where, and how they unfold.

Analysis of the authors' original database leads them to conclude that 'corporate accountability from below' is underway, particularly in Latin America. A kind of Archimedes' lever places the right tools in weak local actors' hands to lift weighty international human rights claims, overcoming the near absence of international pressure and the powerful veto power of business. 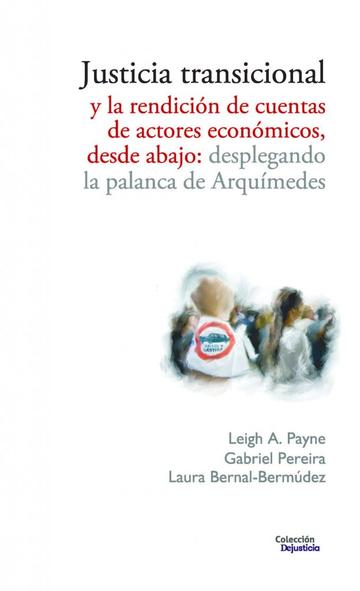