A new unprecedented study of lifespan statistics in human and non-human primates has set out to test the ‘invariant rate of ageing’ hypothesis, which says that a species has a relatively fixed rate of ageing from adulthood. An international collaboration of scientists from 14 different countries, including José Manuel Aburto, Newton International Fellow at the Leverhulme Centre for Demographic Science, analysed age-specific birth and death data spanning centuries and continents.

José Manuel Aburto says, ‘Our findings support the theory that, rather than slowing down death, more people are living much longer due to a reduction in mortality at younger ages. We compared birth and death data from humans and non-human primates and found this general pattern of mortality was the same in all of them. This suggests that biological, rather than environmental factors, ultimately control longevity.’

‘The statistics confirmed, individuals live longer as health and living conditions improve which leads to increasing longevity across an entire population. Nevertheless, a steep rise in death rates, as years advance into old age, is clear to see in all species.’

The research team analysed information from 30 primate species, 17 in the wild and 13 in zoos, including gorillas, baboons, chimpanzees and guenons. They also examined birth and death records from nine diverse human populations in 17th to 20th century Europe, the Caribbean and Ukraine, and two hunter gatherer groups between 1900 and 2000.

All the datasets examined revealed the same general pattern of mortality: a high risk of death in infancy which rapidly declines in the immature and teenage years, remains low until early adulthood, and then continually rises in advancing age.

José Manuel Aburto adds, ‘Our findings confirm that, in historical populations, life expectancy was low because many people died young. But as medical, social, and environmental improvements continued, life expectancy increased. More and more people get to live much longer now. However, the trajectory towards death in old age has not changed. This study suggests evolutionally biology trumps everything and, so far, medical advances have been unable to beat these biological constraints.’

Read the research in Nature Communications 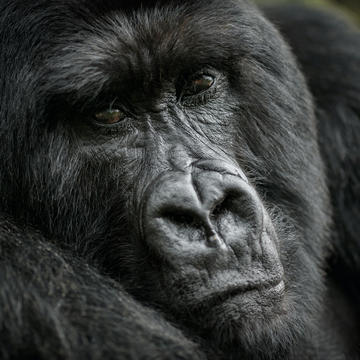