Women are no more vulnerable to the stressful impacts of major life events than men, according to new research from Oxford published today in the Journal of Health and Social Behavior.

Researchers from the Department of Sociology, led by Dr Lewis Anderson, looked into whether different reactions to stressful life events might underlie women’s higher rates of depression, noting that, "It is often claimed that women employ less effective coping strategies, such as rumination."

In spite of prior findings and theoretical reasons to expect greater vulnerability among women, however, the study found that "stressful life events are associated with men’s depressive symptoms just as much as women’s."

According to Dr Anderson, "This study overcomes some important limitations of earlier research, and the result has something perhaps unexpected to say about both men’s and women’s mental health. While women do suffer higher rates of depression on average, this piece of evidence suggests that it isn’t because they are somehow more psychologically vulnerable to stressful events."

As for men, Dr Anderson says, "These findings highlight the potential danger of male norms of facing adversity with silence and a stiff upper lip. As rising male suicide rates in the UK attest, we shouldn’t assume that any individual who has suffered a major negative life event is coping well – and it is particularly important not to make this assumption based on gender. It is encouraging that campaign groups such as Movember and CALM are active in this area."

The study also suggests women may be more affected by negative events that hit others in their household. When the researchers looked only at events affecting other household members, they found tentative evidence for a stronger effect of such events on women.

The research is based on analysis of data on over 30,000 UK adults from the annual Understanding Society survey. This allowed the sociology researchers* to disentangle stressful life events from longer-term, chronic stressors and focus on whether different groups are hit harder by these major events such as job loss, divorce, serious illness, miscarriage, or falling behind with bills.

For more information, or to talk to the research team, please contact Laura Montgomery 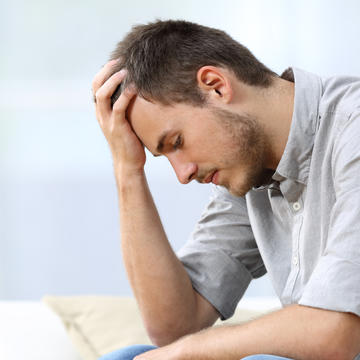