The Future is Bright – or is it? Comparing Opportunities across the Generations in the UK

A new report by University of Oxford sociologist Lewis R. Anderson reveals major generational inequalities in the UK. The report, entitled ‘The Future is Bright – or is it? Comparing Opportunities across the Generations in the UK’, studies how each of the post-war generations has fared in the UK across four key areas: education, employment, housing, and wealth.

Progress in some areas appears to be stagnating or declining, according to the report. It concludes that “a recurrent finding is a decline in the opportunities available in all these areas to young people who do not enter higher education and lack other advantages such as access to parental wealth” – but it would be too simplistic to say that younger generations have had it wholly ‘better’ or ‘worse’.

The report draws on long-running large-scale government surveys and administrative datasets, widely-trusted academic survey data, and a wealth of existing research. In each area studied, the report highlights important contextual trends across the generations, before comparing how different generations have fared on a range of measures when considered at the same age.

Housing is an area of particular concern, according to the report. “A home with security of tenure is either unaffordable or unavailable for far more young people today than previously, and particularly for those without access to parental wealth.” The report shows declines in homeownership and social (not-for-profit) renting, and greater numbers renting privately and living with parents. At age 30, 7% of people born 1956-1960 were renting privately, compared with 37% of those born 1986-1990. Anderson comments, “The first-time buyer experience of younger generations has been marked by limited supply and by competition from older homeowners with easier access to capital buying to let or buying second homes. About 8% of Baby Boomers own a buy-to-let, while about 6% own a second home.”

Education is harder to compare across generations, but a focus on the expansion of higher education has had “major downsides” for those not taking the higher education route. And in terms of jobs, “More young people are in low-skill work and fewer in medium-skill work.”

The report was commissioned by The Future is Bright, a charitable trust which funds research and aims to mobilise older generations to pass on opportunity to young people. Part of the trust’s philosophy is that individuals from older generations are in a powerful position to effect change. In line with this, the report concludes with a list of suggestions of how older individuals can promote opportunity for today’s young people. Anderson comments, “There are well-thought-through policy options for tackling some of these problems – such as planning reform and a green land-value tax – but these are currently distant prospects. On the other hand, many older individuals are in a position to lead the way by taking meaningful action themselves, if they find these trends concerning.”

13 practical suggestions are outlined in total, and examples include:

Professor Federico Varese, Head of the Department of Sociology at the University of Oxford, provides a foreword for the report, noting:

“When studying differences between generations, it is tempting to focus on a single aspect of life, where perhaps we can tell a straightforward story of success or decline. But our social reality is much more complex than that. [...] This report provides a transparent and comprehensive account that does justice to the complex developments we have seen in the UK over the last fifty years. We hope this report will provide valuable input for individuals, public and corporate policymakers alike, as well as anyone interested in thinking about the current and future life chances of our generations and how we got to where we are now.”

Find out more from The Future is Bright. 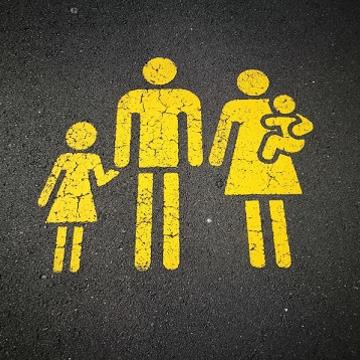