Congratulations to Nate Rosenblatt on the successful completion of his DPhil

Congratulations to Dr Nate Rosenblatt, who has been awarded his DPhil in Sociology.

Nate Rosenblatt's thesis 'All Jihad is Local: How Hubs of Foreign Fighter Recruitment Emerge - A Case Study of the Islamic State of Iraq and Syria (ISIS) Mobilization' was completed under the supervision of Federico Varese. His thesis translated and coded over 3,000 registration forms ISIS administered to new recruits when they joined, finding that most ISIS foreign fighters from countries in the Middle East and North Africa came from a small number of regions in those countries. Rosenblatt calls these regions recruitment 'hubs', arguing that they were critical to ISIS's success in attracting foreign fighters. His dissertation, which also included fieldwork in Tunisia, finds that there are some identifiable patterns in where hubs form, how they form, and why recruitment is so effective there. But it is much more difficult to predict whether recruitment hubs form for foreign fighting or other outcomes, like protest, insurgency, or organized crime. That is because the foreign fighting occurs in part due to highly contingent events – breaks in patterns of past relationships, the emergence of conflicts in foreign lands, and choices made by a small number of individuals at critical junctures where several potential alternatives existed.

Rosenblatt hopes his research will shed more light on how people participate in a high-risk activity like foreign fighting as well as contribute to our understanding of why ISIS was so successful at recruiting tens of thousands of foreign combatants to join its ranks. 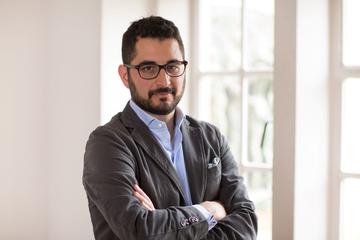